The man responsible for Monday’s deadly rampage at the Washington navy yard was a subcontractor and former reservist who was arrested at least twice in the past for gun-related offences.

Aaron Alexis, 34, was discharged from the navy in 2011 after an incident in which an upstairs neighbour complained that he had shot into the floor of her apartment.

But Alexis restored his connections with the navy when a professional services company subcontracted by Hewlett-Packard employed him on a navy IT project. His ID badge gained him access to the navy yard base on Monday, the FBI said.

According to the US navy, Alexis, whose home was listed as New York City, enrolled in the reserves in 2007. He was a navy aviation electrician’s mate third class from 1 February 2008 until he was discharged on 31 January 2011. He is listed as having received the national defense service medal and the global war on terrorism service medal.

In 2010, while he was based at Fort Worth in Texas, he was arrested after discharging a firearm. In 2004, police in Seattle questioned him after what they described as an “anger-fuelled shooting” involving the car of a construction worker.

Seattle police said on Monday that during their inquiries into the 2004 incident, Alexis’s father reported that he suffered from “anger management problems associated with PTSD, and that Alexis had been an active participant in rescue attempts on September 11, 2001”.

The statement went on: “Following his arrest, Alexis told detectives he perceived he had been ‘mocked’ by construction workers the morning of the incident, and said they had ‘disrespected him’. Alexis also claimed he had an anger-fueled ‘blackout’ and could not remember firing his gun at the victims’ vehicle until an hour after the incident.

“Alexis also told police he was present during ‘the tragic events of September 11, 2001’ and described ‘how those events had disturbed him’,” the police statement said.

In answer to the United States and France’s openly stated intention of bombing Syria, Russian officials have constantly repeated the importance of not violating Chapter VII of the UN Charter, concerning acts of aggression. President Putin also mentioned this point inhis New York Times article:: “Under current international law, force is permitted only in self-defense or by the decision of the Security Council. Anything else is unacceptable under the United Nations Charter and would constitute an act of aggression.”

None of this should come as a surprise, since this was also Russia’s position with regard to the illegal bombing of Serbia by NATO in 1999, as well as the illegal invasion of Iraq by a coalition led by the US and the UK in 2003.

It seems clear, therefore, that upholding international law is a fundamental principle of Russian foreign policy. Such an unwavering and principled position would be admirable for a nation-state, were it not for the fact that Russia adopts this position not because of a high moral standard but out of necessity. There are two reasons for this.

On the one hand, Russia is one of only a handful of nations in the world to have a truly independent foreign policy. Apart from the United States, only China, India, Iran and Russia (and perhaps one or two others) are impervious to foreign pressure when acting on the international stage. This is certainly not the case of Western nations, as their timid and muted reactions even to the most egregious behaviour by the United States make clear (the Assange and the Snowden affairs are good recent indications of their subservience to Uncle Sam).

Speaking with NBC News, the activists said there has been an uptick in the movement toward Al Qaeda because fighters want to side with a winner in the battle between Assad and the opposition: “If there is no action [over Assad’s alleged use of chemical weapons], everyone will be desperate. We are already desperate. We are dying. Many will join Al Qaeda. Even the educated will join them, because no one is helping.”

NBC News also spoke with new Islamist fighters who are looking for a way into Syria so they can take up ranks in the opposition as well.

One such fighter, Abu Adbul Rahman, was sitting in a safe house in southern Turkey when he said he was waiting to be smuggled into Syria: “Almighty Allah has made jihad a duty on us. When our Muslim brethren are oppressed, it is a duty to support them wherever they are, because Muslims are not separated by countries.” 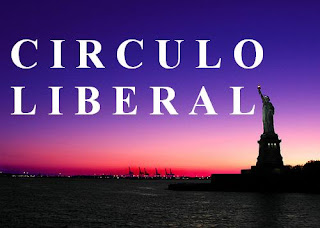 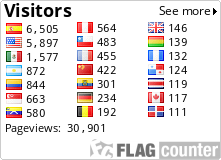